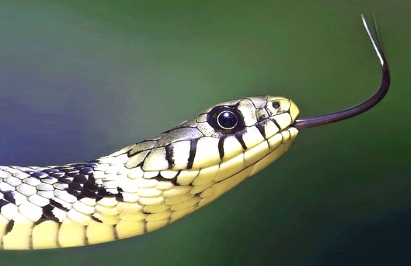 The grass snake is common in Tuscany.

According to our sources in the literature, there are only 2 types of poisonous snakes in Tuscany and throughout central Italy. One species (aspis viper) is relatively common, the other (meadow viper) is rare.

Vipera aspis: This is the most common poisonous snake in Central Italy including Tuscany. The poison of the Vipera aspis is usually not lethal. But there have already been deaths, even a few years ago despite modern medical help. The aspis viper lives in almost all of Italy and in the southern half of France. But it is also less common in Switzerland, in the north of Spain and even in a valley in the Black Forest in Germany. This poisonous snake is also very active during the day and hunts mice, birds and the like. The Vipera aspis lives mostly in dry, open areas, thus more in stony regions than in the forest. The snake is usually well under one meter long. The shape of the muzzle is striking. However, the different species of snakes in Tuscany are hardly distinguishable for lay snakes. For this reason alone you should consult a doctor immediately after every bite of a snake. Name English, Italian and Latin: Vipera aspis

Vipera ursinii: This is a very small poisonous snake that is very rare. In the middle of Italy with Tuscany, the Vipera ursinii is still the most common viper in Europe, some populations of the rarest poisonous snake in Europe can also be found in Hungary, France, Bulgaria and Romania. In Austria the Vipera ursinii is probably extinct, in Germany it probably never occurred. The snake is with about 50 cm the smallest snake in Tuscany. The poison is not harmless for humans, but the amount of the poison transmitted during the bite is often rather small with the small snake. There are few deaths in humans, but some people have snake venom allergies. This can be very dangerous. Name English: Vipera ursinii, Italian and Latin: Vipera ursinii

We cannot say with absolute certainty that there are no other species of poisonous snakes in Tuscany. At least we haven’t found any other species in books and on the internet after a long search. Also the cross viper known in Germany seems to exist only further north in Italy. The very poisonous Vipera ammodytes (horned viper) lives in Italy according to our sources only in the northeast (thus Trieste and / or Venice and around).

Learn more about dangerous animals in the area

In Tuscany we assume 7 to 8 species of non-toxic snakes.

Grass snake: (see picture above) The most common snake in Europe is the Grass snake. It occurs almost everywhere in Germany as well as in Italy, also in Tuscany. Name English: Grass snake, Italian and Latin: Natrix natrix

Girondian Smooth Snake or Girondian Smooth Snake: The other species lives mainly in Spain, Morocco, Algeria and Portugal. It also occurs in France and Italy, including Tuscany. Tuscany is one of the few regions in Europe where both smooth snake species occur. English, Italian and Latin: Coronella girondica

Dice snake: This reptile lives mainly on rivers and lakes (water snake). It is not rare in Italy and many other countries in Europe and Asia. Even in Germany there are some smaller populations. Name in English: Dice snake, Latin and Italian: Natrix tessellata

Green whip snake A non-toxic snake that lives mainly in Italy and southern France. It bites fast and strongly (probably therefore the word “anger” in its name). Also the Green whip snake is known that it bites for a long time or does not let go any more. Name English: Green whip snake, Latin and Italian: Hierophis viridiflavus

Four-lined snake: Common snake in Tuscany, but also for example in Greece and parts of the Balkans (especially near the coast in Croatia). English: Four-lined snake, also Bulgarian ratsnake, Latin and Italian: Elaphe quatuorlineata

Aesculapian snake: With up to 2 meters this reptile is probably the longest snake in Tuscany. The animal also lives in France, on the whole Balkans and in Greece. The Aesculapian snake can be seen on the famous sign of pharmacies. English: Aesculapian snake, Latin and Italian: Zamenis longissimus 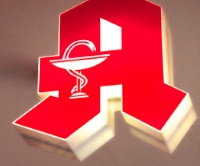 European ratsnake: These animals live in the south of Europe. In Italy they can be found in Sicily and other southern regions such as Calabria, Puglia and Campania. Probably the European ratsnake does not occur in Tuscany at all or only extremely rarely. English: European ratsnake Ital. and Latin: Zamenis situla

In total there are probably 9 or 10 species of snakes in Tuscany. Bites on humans are rare. Since there are poisonous snakes, you should always consult a doctor after a snake bite. Also bites of non-toxic snakes can be unpleasant or dangerous. Animal bites always have a very high risk of infection.

Almost all snake species are known in Italy under their Latin name.

Caution: As a tourist you are no longer allowed to drive by car to Florence: More info

ll about snakes in the Black Forest Germany: Click here