Italy is divided into 20 regions (similar to our federal states). The third smallest region is Liguria in the northwest of the country. Liguria is a narrow province along the coast from the border with France to Tuscany. More than half of the slightly more than 1.5 million inhabitants of Liguria live in or around the large city of Genoa. The second largest city in Liguria is La Spezia with about 100,000 inhabitants. 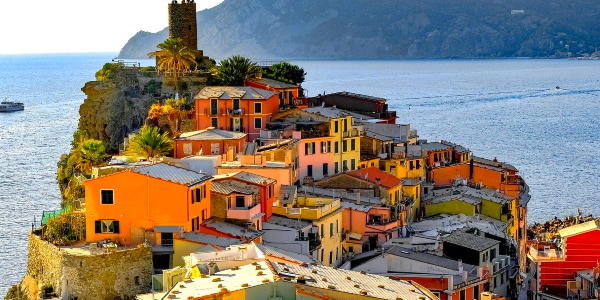 As Liguria is situated by the sea, many tourists come to the region. Many holidaymakers come to the Italian Riviera, an important and well-known place is Sanremo. The city of Genau also has a lot to offer visitors, for example a beautiful old town and one of the largest and best aquariums in Europe. 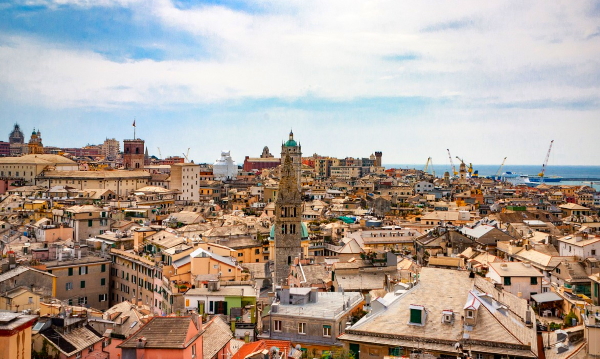 Further east are the five picturesque villages of the Cinque Terre, along a 12-kilometre stretch of coastline. Not far from the coast in Liguria you can visit the caves “Grotte di Toirano”. Many things belonging to people from the Stone Age have been found here.

Liguria is called Liguria in Italian. It is a small region with an area of about 5,500 km². In Liguria there is not only coast, but also high mountains. About 70% of the region is forest. The Cinque Terre National Park is the only national park in Liguria. But there are many nature parks and other protected areas. Many people come to the region for hiking, others are seaside holidaymakers.