The Teatro all Scala in the centre of Milan is probably the most famous opera house in the world. In 1776, another opera house burned down on the site. In 1778, the grandiose new building was opened, today’s La Scala. In 2004, the opera was completely renovated for the last time and is now more glamorous than ever. 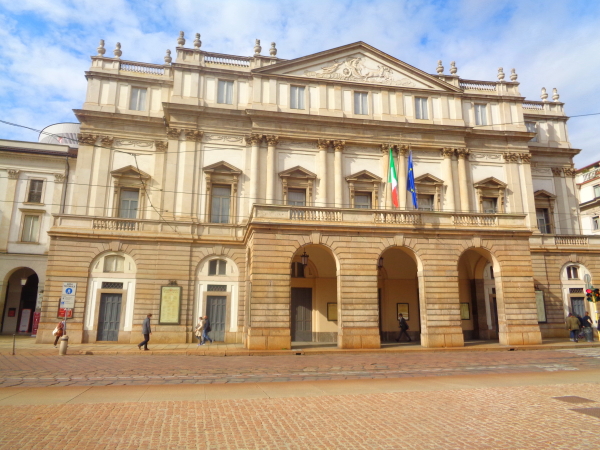 La Scala Opera House is 200 metres from the Duomo. Seen from the cathedral, on the other side of the famous Galleria Vittorio Emanuele II shopping centre, for many the most beautiful shopping centre in the world. To the left of the main building of the Teatro alla Scala is the great theatre museum.

Milan’s Teatro alla Scala is famous for world premieres. All six of Verdi’s operas were premiered at the theatre in Milan in the 19th century. Also operas by Bellini, Ponchielli, Puccini, Ponchielli, Mascagni, Pizzetti and many others. Of the famous operas from Italy, the majority were premiered here at La Scala Milan, far more than at La Fenice Venice, for example.

Of course, you can attend one of the evening performances at La Scala, provided you have appropriate clothing with you on holiday. However, many operas are sold out.

Tour La Scala: Instead of visiting the opera house and the opera museum in Milan alone, you can also book a tour. This is much more interesting and you get much more information.   >>>  On this link you can book such a tour in different languages.

If you just want to have a look at the Milan Opera House, you can do this from the Theatre Museum. Several boxes can be entered from the museum. If you are lucky, there will be a rehearsal in the opera house and the theatre will be brightly lit. You can see the stage, the seats below and many of the other beautiful boxes from the open boxes.

It is the only way to see La Scala without going to a performance. There are also very good guided tours of the La Scala Opera Museum, but only with a view of the opera house from above.

The Milan Opera Museum is more than worth a visit. You can see many objects from past times from the theatre, busts, paintings, manuscripts, costumes, musical instruments and much more. 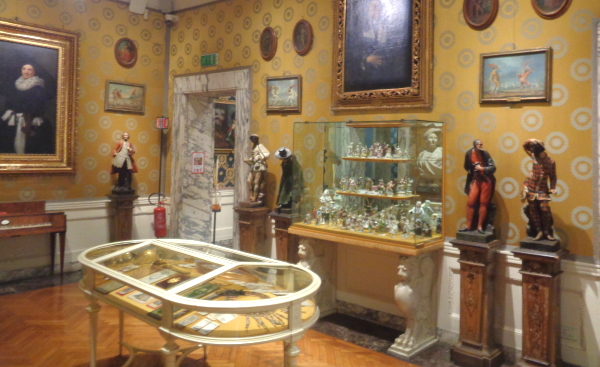 Especially interesting is the collection about Verdi with original instruments by him and much more. The highlight of the visit to the Scala Museum for most visitors is the magnificent view of the Milanese opera house from a box, as mentioned above.

Opening hours Opera Scala Milano Theatre Museum: Daily without closing day from 9 a.m. to 5.30 p.m. The Opera Museum is only closed on about 10 important public holidays a year.

Tour La Scala: Instead of visiting the opera and the opera museum in Milan alone, you can also book a tour. This is much more interesting and you get much more information.   >>>  On this link you can book a tour in different languages.