Here you will find all the information about the brothel Pompeii that is important for visitors. Lupanar was the Latin word for brothel.

In pre-Christian Roman times there were brothels in every town of the Roman Empire. The girls were mostly slaves from other provinces, for example from the Middle East. In Pompeii, the number of brothels is estimated to be about 20 in 79 A.D., the year of the city’s downfall (with about 25,000 inhabitants). One of them is well preserved. 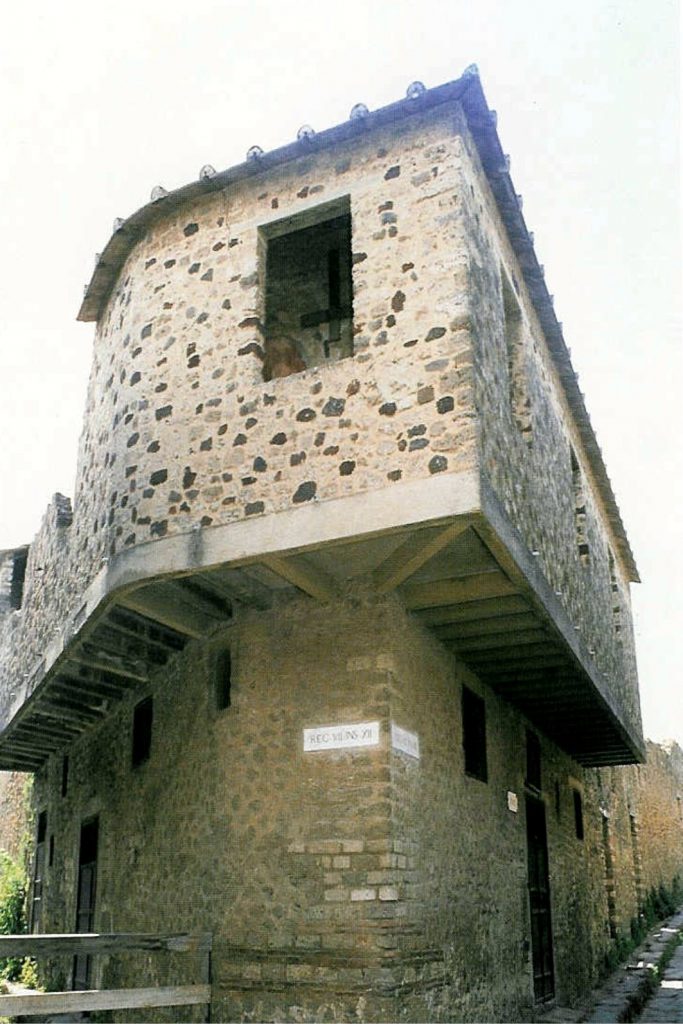 Today the brothel is the most visited tourist attraction in the excavation of Pompeii. Long queues of people often form in front of the small building in the centre of the ancient city of Pompeii. During the season there are long queues. The antique Pompeii whorehouse is a great attraction for tourists.

In ancient Pompeii, sexual services for money were a normal thing. There are even said to have been a few male prostitutes for women. There were brothels, but also in many normal pubs there was prostitution. Often the waitresses went to a special room with the male guests. Sex was cheap, the price for sex was hardly higher than for a big jug of wine or a meal.

The preserved Lupanar (brothel) is in the center of the ancient city, about 100 meters from the central square Forum (east). You can see several small rooms with stone beds. At that time there was of course a mattress on the beds and the tiny rooms had doors. 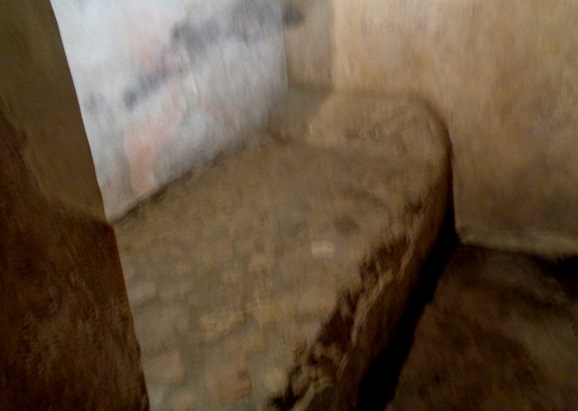 On the wall you can see several antique pictures. Here, for example, sexual positions are shown, perhaps something like a list of offers or something similar. But today the pictures are in a very bad condition, one hardly recognizes anything. 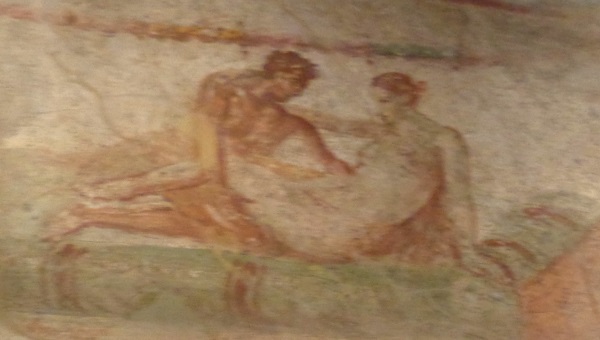 The best pictures (frescoes) were used in the Museum of Archaeology Naples and can be viewed there.

Also an antique toilet can be seen in the brothel of Pompeii. 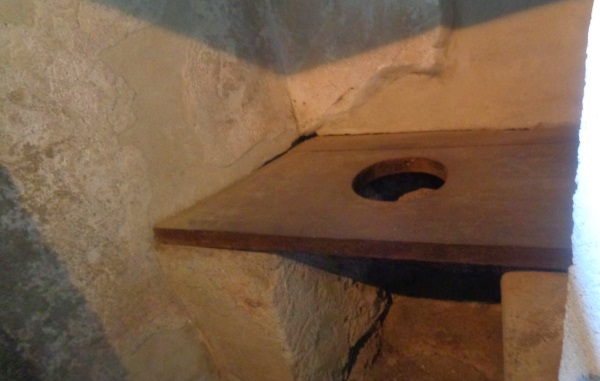 There are in and around the brothel many antique inscriptions (graffiti) with contents like “Here I had a lot of sex” or “Hic Habitat Felicitas” (luck lives here). Altogether in the small brothel in Pompeii over 130 inscriptions were found, which are still legible. Some are also from the women who worked in the Lupanar. Especially for people who can read Latin very interesting.

>>>  On this page you buy tickets for Pompeii

The lower floor of the brothel in Pompeii was rather for the normal customers, the upper floor for the rich guests. The rooms upstairs were a little better and bigger. The nobler prostitutes upstairs took about twice the price as below. From the equivalent of about 2 litres of wine one could have sex in the brothel in Pompeii. Even slaves could partly afford that. But there was only one Quickie. The suitor had about 10 minutes time, he usually did not even take off his shoes. Of course there was, everything like today, for more money a better and longer service.

A meal (such as noodles and beans) was also found on the upper floor of the Freudenhaus. It probably belonged to a lady working in a whorehouse. The rooms had no windows. There was only light from candles.

In the ancient world a lamp in the shape of a penis shone in front of the brothel at night. It was supposed to show customers the way and make it clear that it was a whorehouse.

By the way, Lupanar hipt translates as Wolfsfalle (lupa the Wolf). It was the common word for brothel in the ancient Roman Empire. Lupa was the colloquial term for a prostitute.

Other information from us about Pompeii and Herculaneum

Trips Pompeii (from nearby resorts, Naples and Rome)

Deads Pompeii: All about Corpses and Dead in Pompeii and Herculaneum