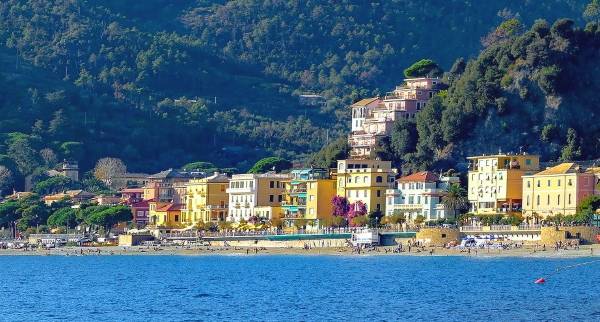 In principle, the town is made up of 2 villages: the old village and the new village. If you go down the steps from the station, you will find yourself on the seafront road that connects the old and new villages. Straight ahead is the beach and the sea. To the left is the old village, to the right the new village, both are about 150 metres away. The second half of the way to the old village is through a tunnel through a mountain. The giant sculpture Gigante is at the end of the beach of the new village of Monterosso al Mare. However, the Gigante (giant) is currently (Sep 2022) being renovated after a storm. The view of the stone figure is prevented by scaffolding. 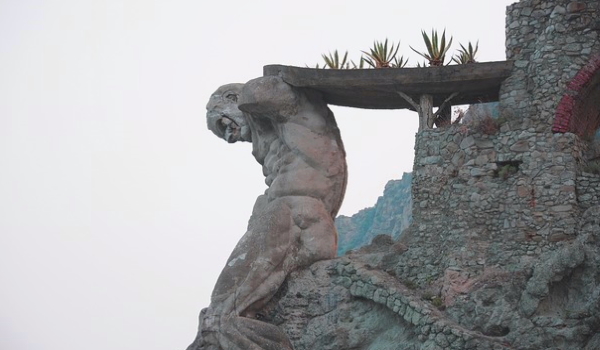 The new village was built on a plain behind the sea. There is plenty of space here for hotels and so on. Monterosso al Mare has grown a lot in the last decades and is now the biggest of the 5 villages of the Cinque Terre with more than 1,500 inhabitants. The new village is also called Fegina. 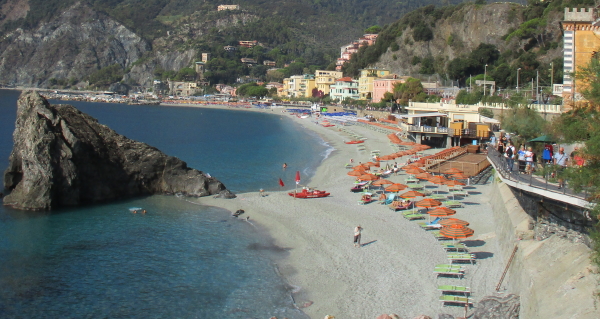 A shop by the sea sells good focaccia, the local speciality. It is a bread, reminiscent of a soft pizza, topped with tomatoes, onion, olives or something else. There are about 10 types in the focaccaria. The price is by the kilo, a medium-sized piece costs about 2 to 3 euros. 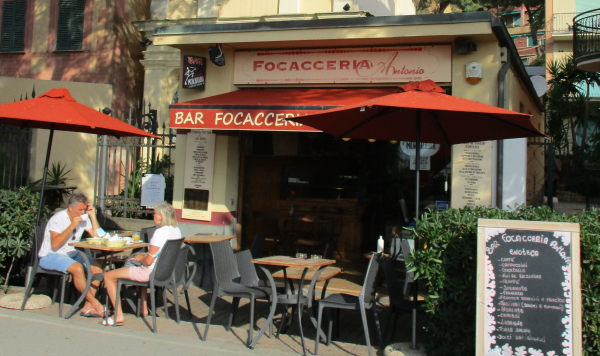 The old village is reached by walking along the sea and then through a tunnel almost 100 metres long. 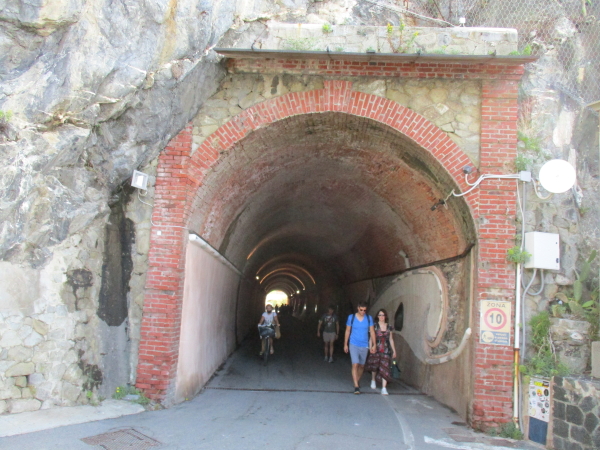 Now you are in Monterosso al Mare proper. A great place, similar to the other four towns of the Cinque Terre. Like everywhere else, there are shops, restaurants and cafés and accommodation such as guesthouses, hotels and private rooms. The church of San Giovanni Battista is also worth a look. 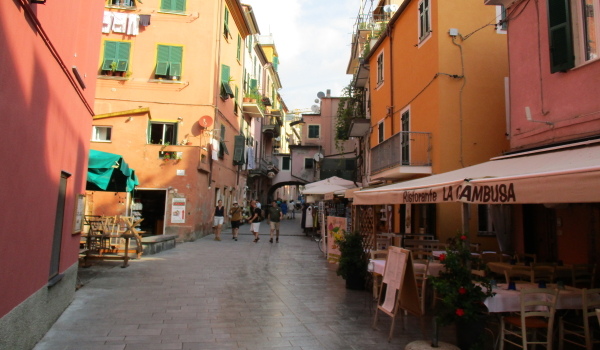 Another place of interest in Monterosso al Mare is the Aurora Tower (Torre Aurora) from the Middle Ages. You can get to the tower from the station in the really old village, but not through the tunnel, but straight on.

From our point of view, Monterosso al Mare is the ideal place to spend the night and the Cinque Terre. The place is perhaps not quite as romantic as the others, there are cars and many newer houses. But as a starting point for visiting the region, Monterosso al Mare is ideal. The most beautiful village, the neighbouring Vernazza, is less than five minutes away by train. You can also hike to Vernazza, the trail is very stony. Good walking shoes are an advantage.